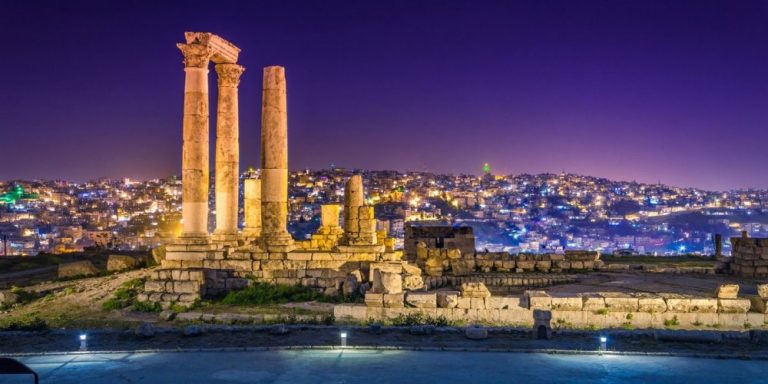 The capital of Jordan since the immemorial time. The ancient Ammonites take it as the capital of them. a city that flourished in the days of the Greeks and Romans, and bore the name of Philadelphia – City of Brotherly Love.

It is the house everyone, and a fellow visitor, and which meet the old talk, and meet lovers of life, work, recreation and science. Where the seat of government and administration, and ministries of state, it is also the commercial center of the kingdom.

It is a city for all, opens its arms and doors of houses built with stone white to all Jordan guests coming across land borders or arriving by air to Queen Alia International Airport.

Amman include a wealth of monuments timeless, starting fromthe Mount castle the Temple of Hercules rises there, along with the Museum of Antiquities, which the visitor can watch the tools represent human life in the age immemorial.

And in the center of the city the large Roman amphitheater stands there, which can accommodate five thousand spectators, also the city center characterized by its large markets that combine traditional and modern goods products even imported and domestic.

And the public parks spread in various areas of the capital and its suburbs.