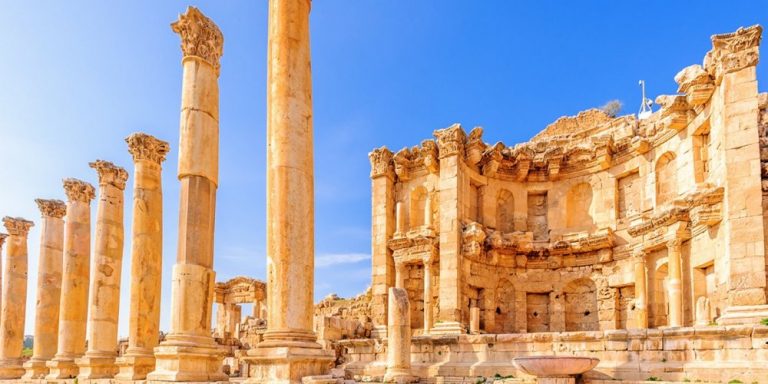 Site of Jerash There is some doubt as to whether the Greek city of Gerasa, known in Arabic as Jerash, was founded by Alexander the Great, as originally believed. It would appear to date back to the late 3rd or early 2nd century BC, some years after the death of the conqueror in 323 BC. At the time, it was known as Antioch-on-the-Chrysorhoas, referring to the river that crossed the city, and Antioch indicating that it was founded by Seleucid Macedonian kings of Syria. The ruins shown here, at the foot of the podium of the temple of Artemis, all date back to the Roman period.