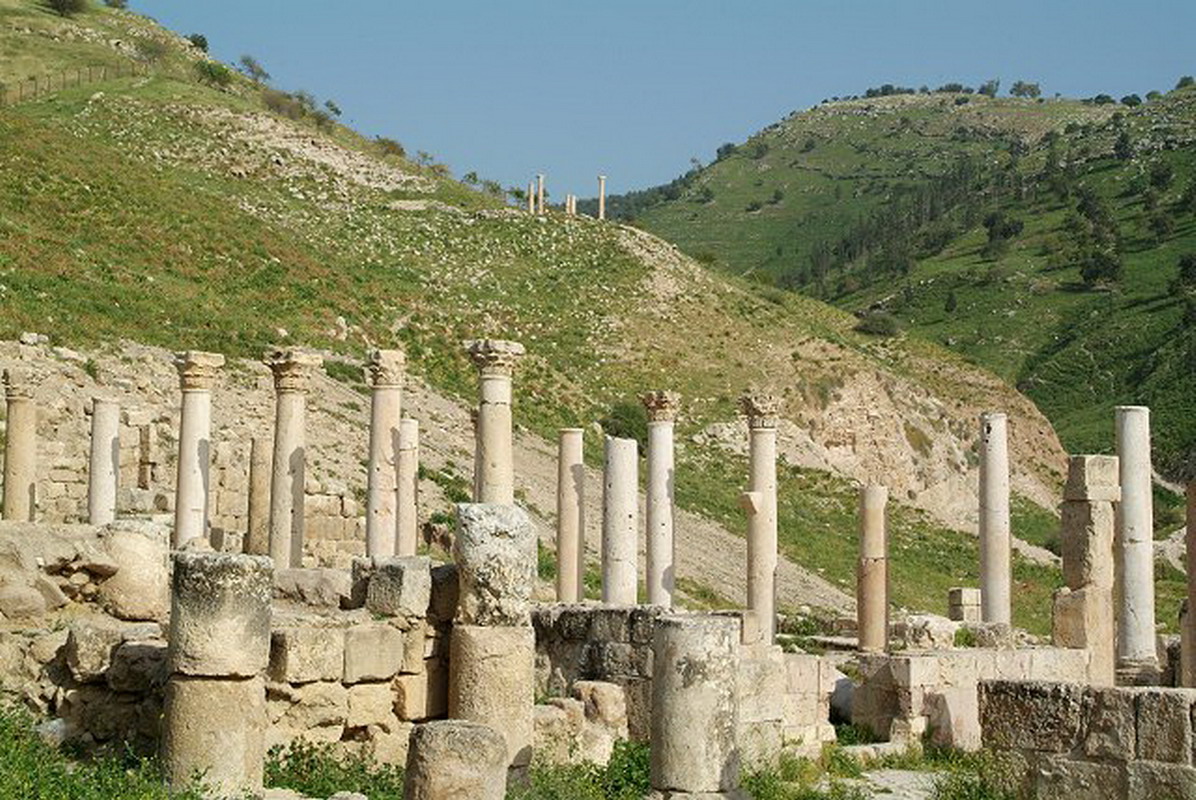 Is a Jordan’s third and oldest Decapolis city, although there is nothing left but a few scattered ruins that the uninformed visitor is likely to overlook. From a tourist perspective, the city’s attraction lies in its bucolic charm. Explorations and excavations on the site of the old city of Pella have established that it was occupied as early as the Lower Paleolithic period. It contains traces of the cultures of all Near Eastern archaeological periods: Neolithic, Chalcolithic and the Old, Middle and New Bronze Ages. The pottery and furniture from the latter period attest to close relations with Mycenaean Greece, the island of Cyprus and Egypt. Then there are traces of the Iron Age phases (although there have not been enough excavations to enable the establishment of firm conclusions); followed by the Greek (Hellenistic) occupation during which a fortress was built on Jebel el-Hammeh; the Roman era to which most of the remaining ruins belong; the Byzantine Era, from which we have the remains of three churches, and the Arab Umayyad and Abbasid occupation, which ended around the year AD 900 . To the east of the site, there is a village that dates from the era of the Mamluks and Ottomans, which is still thriving today. With this short overview, we can understand why archaeologists consider Pella to be one of the most important archaeological sites in Jordan.