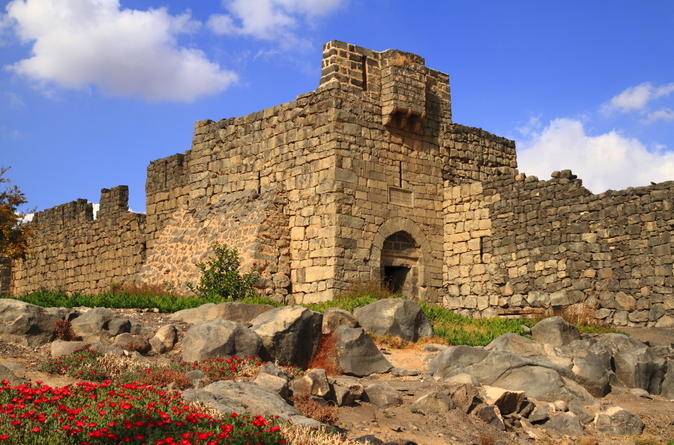 Under the rule of the Umayyads, Jordan prospered. It was at this time that the name Jordan or al-Urdun (Urdun being the Arabic name for Jordan) appeared for the first time. A number of monuments from the Umayyad period still remain in north-eastern Jordan, and have quite inappropriately been called the ‘desert castles’.

The desert area that surrounds them today was no doubt very different in the times when the Umayyads ruled Damascus. At that time, water reserves were used rationally and there were canals to irrigate this prosperous agricultural region. These monuments were therefore most likely situated in a green landscape. They were used for different purposes: some, such as Qastal, Muwaqqar and Qasr ‘Aines-Sil, were fine country residences during the Umayyad period, and may have served as caravansaries for the roads adjacent to the old Via Nova, like Qasr Tuba and QasrMushash. Other ‘castles’ may have been the residences of local governors, the homes of the ruling Umayyad caliphs, or members of their families. It is not difficult to imagine them living in Qasr al-Mushatta or, more especially, QasrAmra, with its baths and beautiful murals. Some, like QasrKharaneh, are robust fortresses; others, of Roman or Nabataean origin, were used during the Muslim period, after being remodeled in some cases: Azraq, situated at a strategic point at the start of the WadiSirhan; Qasr al-Hallabat, an old Roman fort built on the Via Nova; QasrAseikhin, which was originally a Nabataean watch and control post; and QasrUweinid and Deir el Khaf, both ancient fortified Roman posts that have been extended and remodeled on several occa-sions.