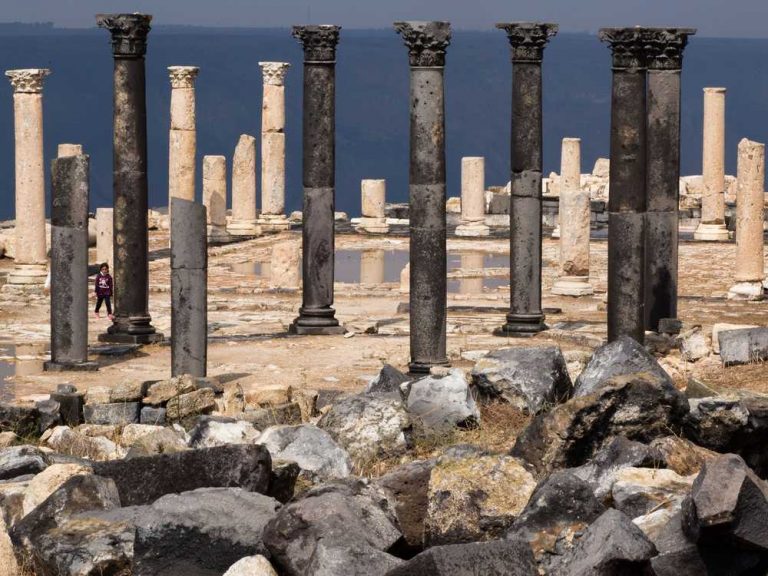 7 Days wonderful tour in Jordan, including the most wonderful places Petra & Dead Sea, also visiting desert castles, Jarash ,Ajlon, Pella, um Qais and Wadi Rum, also it will include short ride in a 4×4 jeep to enjoy the awesome moon-like landscape in the desert of Wadi Rum.

Arrive at Queen Alia International Airport. Meet and assist , transfer to Hotel, check in and free time at leisure. Overnight in Amman.

Breakfast at hotel, start the old and new capital of Jordan. You will discover this incredible city, starting your visit by the Citadel and the Omayyad Palace, before proceeding to the archaeological museum, the Roman amphitheater and the folklore museum. The city tour continues with a visit of the old city of Amman (Downtown) followed by a visit of its modern neighborhoods.

Then Drive visits the Desert Castles, legacy of the flourishing early Islamic-Arabic civilization. These stations, agriculture and trade centers, resort pavilions and outposts were built under the Umayyad era. From the desert Drive to the lowest spot on Earth experiencing the unsinkable waters of the Dead Sea, free time at leisure. Transfer to hotel for overnight in Amman.

Breakfast at hotel. Full day tour visiting Jerash the best-preserved city of Roman times; theaters temples, and colonnaded streets. Proceed to Ajloun visiting Al-Rabad Castle; the 12th century Saracen Castle built by one of Saladin’s lieutenants in the campaign against the Crusaders.

Then drive to Pella the excavated ruins from the Greco-Roman period. Proceed to “Gadara” um-Qais where the impressive ruins of the Roman city with its Western Theater colonnaded street, mausoleum and baths, mosaics and statues at the artifacts Museum, then at last, the spectacular scene of the Sea of Galilee, the Yarmouk River and the Golan Heights.

Breakfast at hotel. Full day tour to the south from Amman along the 5000-year-old King’s Highway is one of the most memorable journeys in the Holy Land, passing through a string of ancient sites. The first city you come upon is Madaba, “The City of Mosaics” visiting the contemporary Greek Orthodox church of St. George the wonderfully vivid 6th-century Byzantine mosaic map showing the entire region from Jordan and Palestine in the north to Egypt in the south. Proceed to Mt. Nebo where Moses had gone to get a view of the Promised Land before he died and from a platform in front of the church one can enjoy a breathtaking view across the Jordan Valley and the Dead Sea. Drive through the magnificent scenery of Wadi Mujib to Kerak to visit the Crusader Castle. Drive to hotel for overnight in Petra.

Breakfast at hotel. A full day tour visiting Petra; the home of the Nabateans, the complete city carved in a mountain with huge colorful rocks called the red-rose city. The tour starts first by horse riding through the Siq; the entrance of the ancient city through a 1.25 km narrow gorge in the mountain reaching the Treasury “al-khazneh” which has been designated one of the “New Seven Wonders of the World”, then by walking to visit the Roman theater the royal tombs, the High Place of Sacrifice. Transfer to hotel for overnight in Petra.

Breakfast at hotel. Drive to Wadi Rum desert camp. Welcome drink, followed by short ride in a 4×4 jeep to enjoy the awesome moon-like landscape. It is popular for its sights and the variety of sports that are practiced there, such as rock-climbing. Back to the camp, free time at leisure. Drive through the desert-highway to hotel for overnight in Amman.