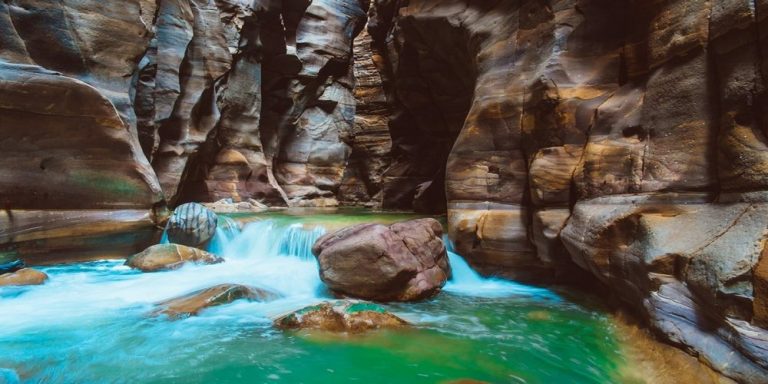 Mujib is the Arabic name for the Arnon, the biblical river that formed the northern border of Moab. The Wadi Mujib flows into the Dead Sea after a long descent of some twenty kilometers. and its banks constitute a reserve of 212 km2. The lower area, where the river flows into the sea, is more than 400 meters below sea level. which means that most of the reserve is a tropical area with a multitude of torrents and waterfalls. The total drop, of approximately 1,300 meters, is comprised of five different areas, each with its own flora, and is the habitat of over 420 plant species.

The wild fauna mainly comprises the red fox. Blanford’s fox, the Nubian ibex, the hyena, the badger, the mongoose, the jackal, the wild cat and the lynx, the hyrax, the wolf and the Arabian leopard. The reserve’s 102 bird species include the common kestrel, the Egyptian vulture and a large population of Griffin vulture, a species in danger of extinction.